The concept involves a comprehensive plan to revitalize the Old Town as a milestone, a long-term process. New buildings should be shaped in such a way as to allow further reconstruction, with reference to the historical shape, additional parts of the urban fabric, after replacing modernist building structure. Consistently pursued the concept to refer to the entire historic area of Old Town.
It is important to establish a clear system of links of public spaces with representative character, as well as the return of the city to the water. These assumptions are key to restoring the urban character of this most important structure, which is the Old Town
Creation of a representative public space associated with water, the so-called „Little Venice” of appropriate for this site, constructing buildings harmonious mood and character. Passage over the canal would be an important element in creating the image of the city. In the area by the canal we propose location  of hotel, service and cultural buildings with complementary residential function.
The use of rows of trees in the contour of the old line of building permits in the future for smooth playback of the urban fabric. The new building allows for future reconstruction of the structure of the Old Town. After the eventual demolition of blocks, the process of exchange of building takes place. We are thinking about it right now, so that the selected direction to pursue consistently and strive for total reconstruction of the historical fabric.

The aim is the building/ restoration of the pre-war mood of the town, climate lost but irretrievably? It is essential to grasp the scale and proportion of space characteristic for the Old Town. Colors designed facade is expected to perform with the use of plaster restoration. The concept is to restore the spatial, aesthetic and functional historic pre-war tenement buildings, the interior streets and courtyards.

The primary goal is to restore the character and scale of the pre-war city with modern architecture. Newly designed buildings with contemporary architecture should reflect historic parceling and dimensions. Permitted the reconstruction of houses on the basis of the preserved documentation. „The blind walls” of newly designed buildings will be the continuation of the green frontage. On each of them is the construction of the vines that will blend into the walls in green quarters.

The new buildings will complement the function of downtown. It is proposed that the location of new public buildings – the center of art, media library to revitalize the area and enrich its offer and raise the profile of the region. New investments will be focused on tourism – accommodation (hotel expansion and new development over the Channel Ferris). We anticipate that the new buildings on the canal place the art studios and craft. The historic granary propose to adapt to the new function of culture and art gallery, local arts center. 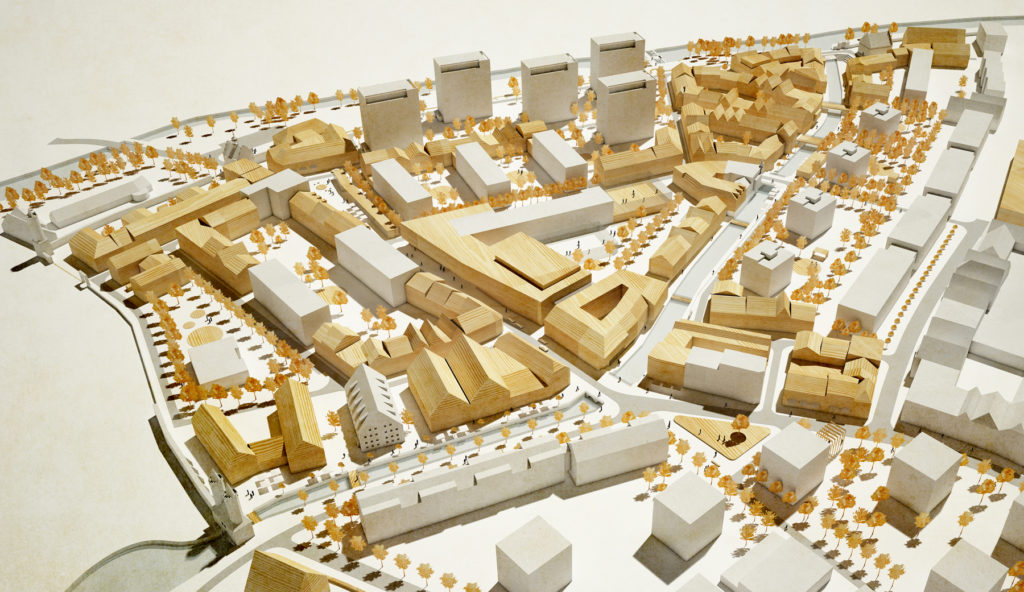 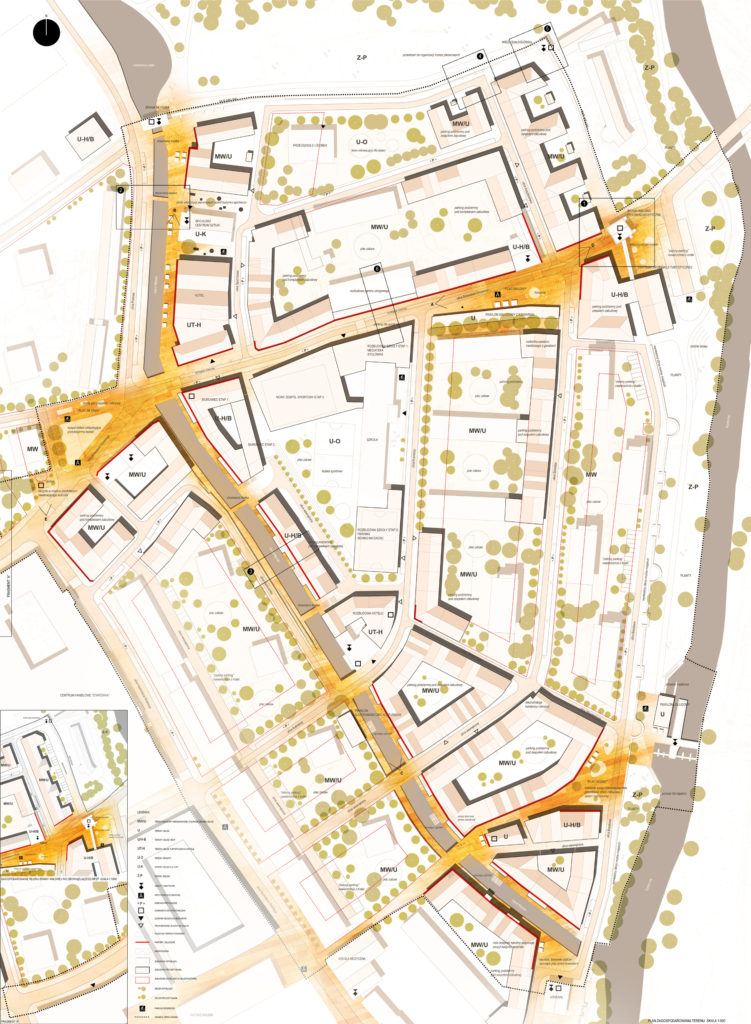