The opening of the new permanent exhibition titled „Ostrołęka and Kurpie between a historical thread and the fabric of life” has coincided with the Museum's 40th Birthday. It was an excellent occasion to present the results of several months of refurbishment – an exhibition that is friendly to all visitors, both able-bodied and with disabilities, offering a range of modern forms (window display designs, graphics, electronic equipment, lighting, applications, and a surround sound system).

The Ostrołęka Courier newspaper, reporting on the impressions from the official opening, pointed out that the ''modern architectural line combined with a plethora of historic exhibits, archival photographs and antiques in the new permanent exhibition of the Museum of Kurpie Culture is absolutely captivating. It perfectly combines the old with the new, contemporaneity with ancient culture and the customs of the Ostrołęka and Kurpie region.”

The opening was attended by the Marshall of the Mazovian Voivodship Adam Struzik, the President of Ostołęka Janusz Kotowski, Councillor of the Regional Assembly of the Mazovian Voivodship Mirosław Augustyniak, Chairperson of the Municipal Council Jerzy Grabowski, District Governor of Ostrołęka Stanisław Kubeł, the Chairman Of the Ostrołęka District Council Krzysztof Mróz, MP Arkadiusz Czartoryski, and representatives of the City and Poviat local government, representatives of the Hungarian Institute for Culture in Warsaw, Gáspár Keresztes and its Director János Tischler, the Director of the Museum of Romanticism in Opinogóra Roman Kochanowicz, Deputy Director of the National Archaeological Museum in Warsaw Wojciech Borkowski, Rev. Canon Wiesław Białczak, and representatives from the city and regional culture milieu along with friends and supporters of the Museum.

Let's leave the last words to the tender committee:

„The concept significantly increases visitor comfort and convenience as well as the aesthetics of the visitor reception facilities and exhibition rooms at the Museum. It is characterised by the careful cultivation of the image of the Museum and forges a relationship and links with the Region from the moment the Museum threshold is crossed, ordering the space using the traditional Kurpie paper cut-out motive, transforming the symbol into an important element of the Museum visuals. The continuity and consistency in the Museum interior arrangement based on a geometric cube arrangement, which was also implemented throughout the visitor reception facilities, as well as the artefact display design won the approval of the Competition Jury. The simple form was used to establish the basis of the presentation of everyday reality without imposing the image of past times on visitors, thus releasing the imagination and inspiring creativity to create an individual and personal reception.” 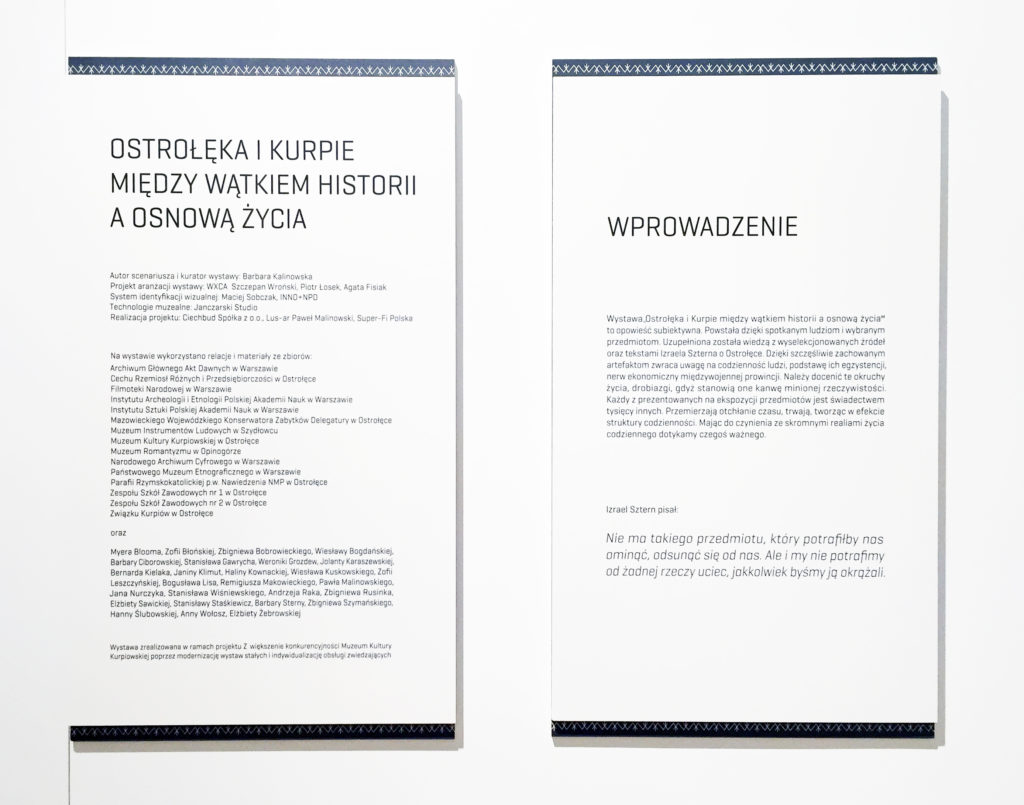 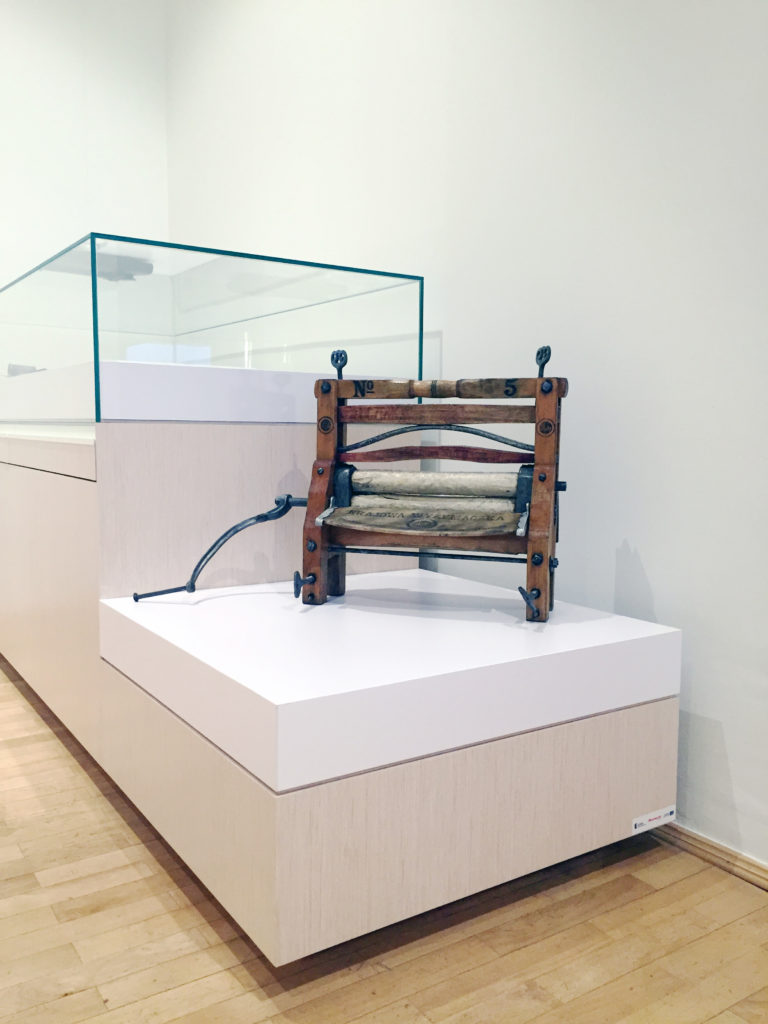 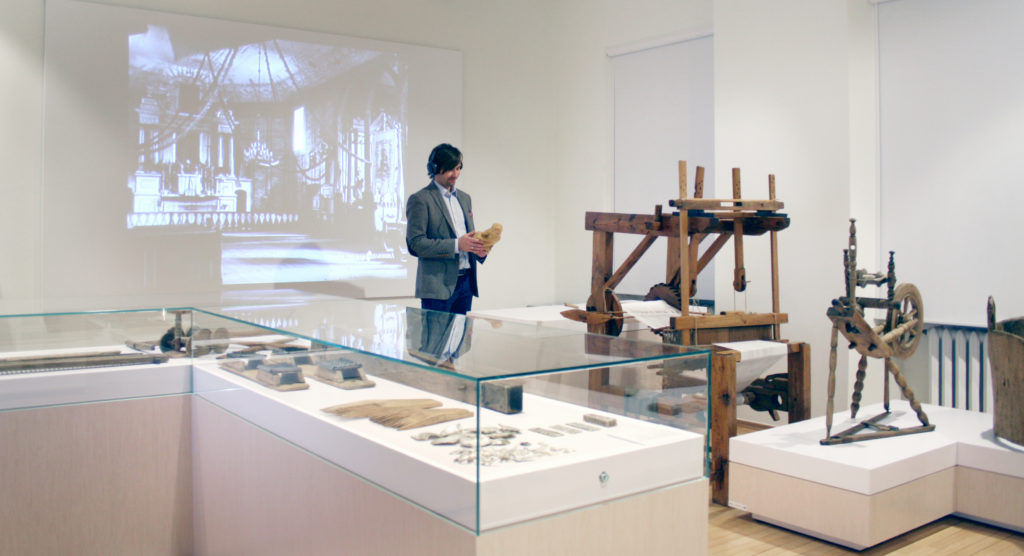 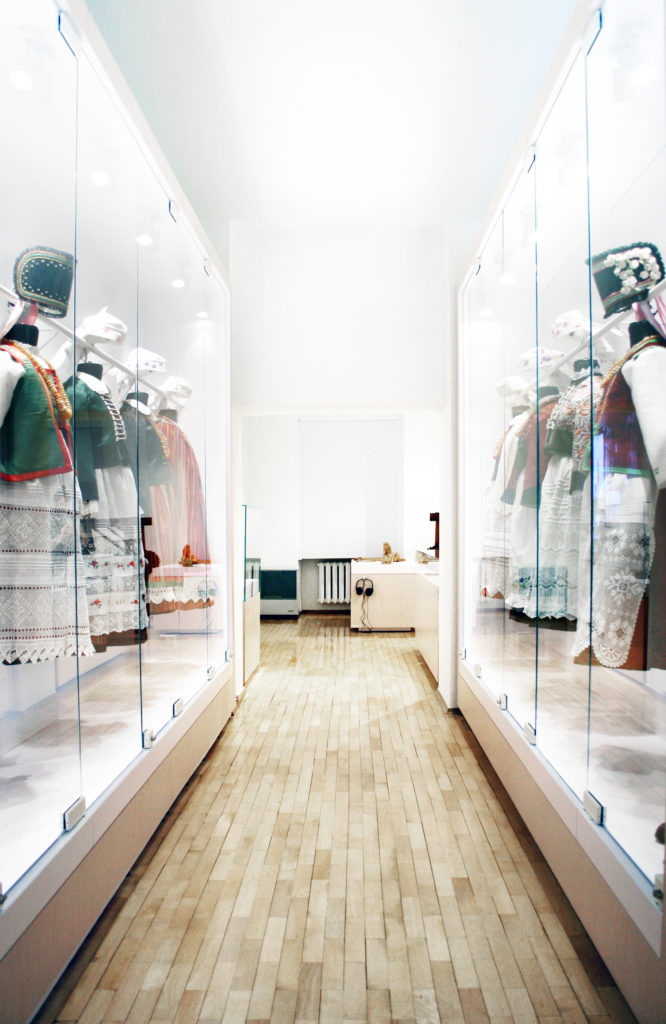 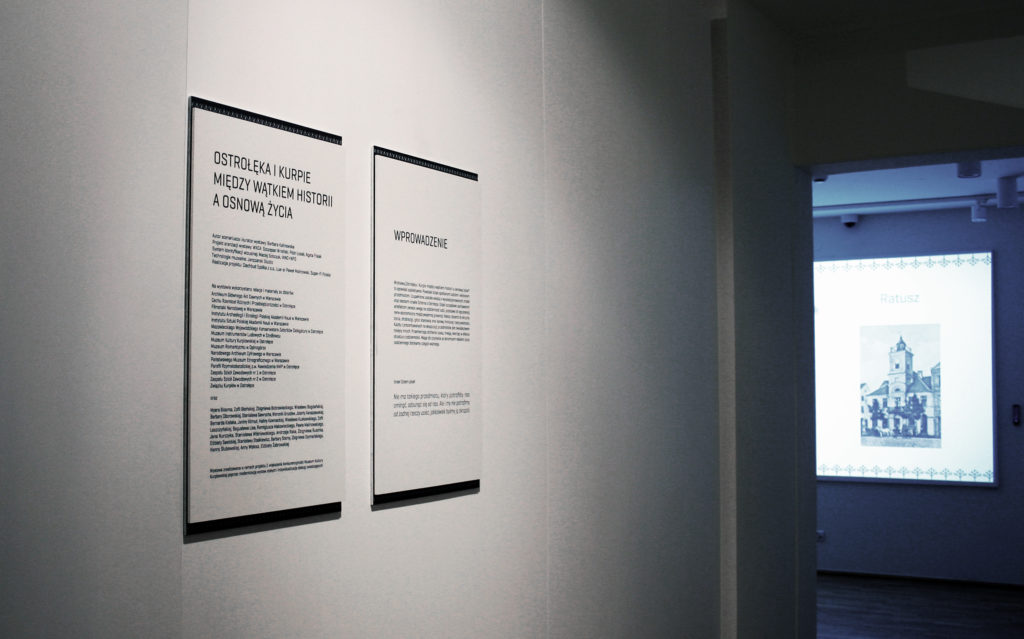