The objective of the competition was to find the best visions for a common exhibition space of the Baltic Sea countries in Estonia.

The Baltic Sea Art Park will be located in the downtown of Pärnu, on the left shore of the Pärnu River. According to initial plans, folk art and art work of professionals of the Baltic Sea nations will be  exhibited in the floating pavilions. To establish these national pavilions, nine countries will be invited: Denmark, Estonia, Germany, Finland with autonomous Aland,  Latvia, Lithuania, Poland, Russia and Sweden.

The target of the international contest was to find visions for a spatial solution on the riverside with green park and historical granite pier  as well as the architectural sketch solution for the main building of the exposition hall with a draft for national floating pavilions on water.

On 11th of December, Minister of Culture in Estonia Urve Tiidus revealed the results in Tallinn, at the Museum of Estonian Architecture.

The goal of the winning entry was to emphasize the idea of community of Baltic Sea states by creating a floating square. The piazza is designed as a common space- a platform for exchange of the Baltic Sea culture that enables integration and interaction between all Baltic countries and their artistic heritage. It is a floating Forum of Art and a heart of the whole concept of the Park. It may become a new, clearly defined public space in a form of a market square that completes the urban structure of Pärnu.

Jury´s comments on the first prize

This entry has an outstanding design and strong urbanistic conception. It is one of the few works that really deals with functionality in a complete, in a very practical fashion. It has also looked riverbank in slightly broader scale by providing a solution to the remaining parts of the shore based warehouse or a medieval building form.

The main building is designed as an art temple, located on the same line as the medieval St. Nicholas Church, destroyed by Soviet air raids during WW II. The building affects the skyline and adds a third dimension to an otherwise quite monotonous view. Its semi-transparent shell acts as a beacon in the dark times. The main exhibition building is raised on piles thus securing good visibility around the park area. Lifting up the whole building stresses the role of the main hall as a prominent new structure in the cityscape.

A main attraction of this entry is a floating square moored to the riverbank. The national pavilions are placed alongside the square, like buildings around a town square. This arrangement secures good circulation to and between the pavilions. This also secures a consistent appearance thus keeping open the final design for the national pavilions. As shown in the plans, this arrangement allows the pavilions to be built in different sizes and shapes according the needs of the individual country without compromising the outcome.

This vision brings to Pärnu a new landmark and will be a great market place for artists from the Baltic Sea countries. It would be the best art-link between past and future in the historical Hanseatic town Pärnu. 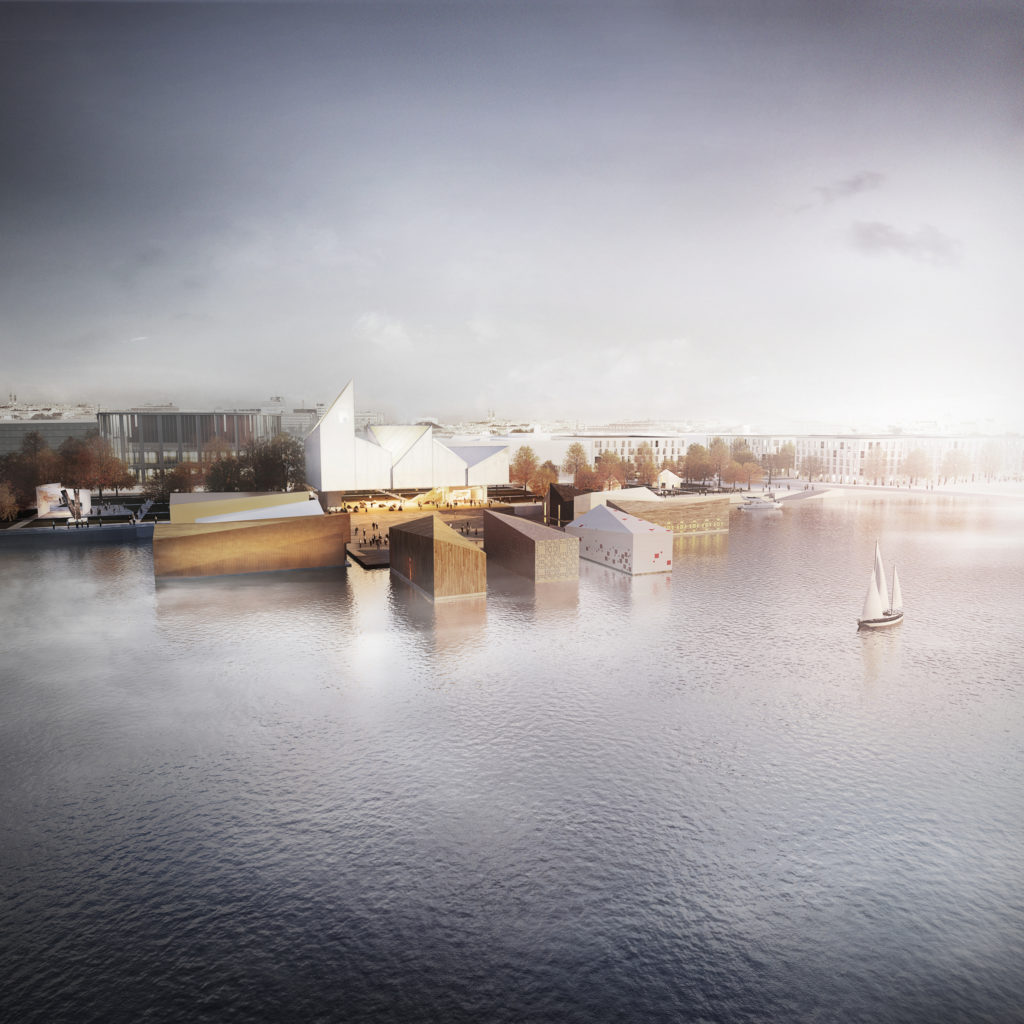 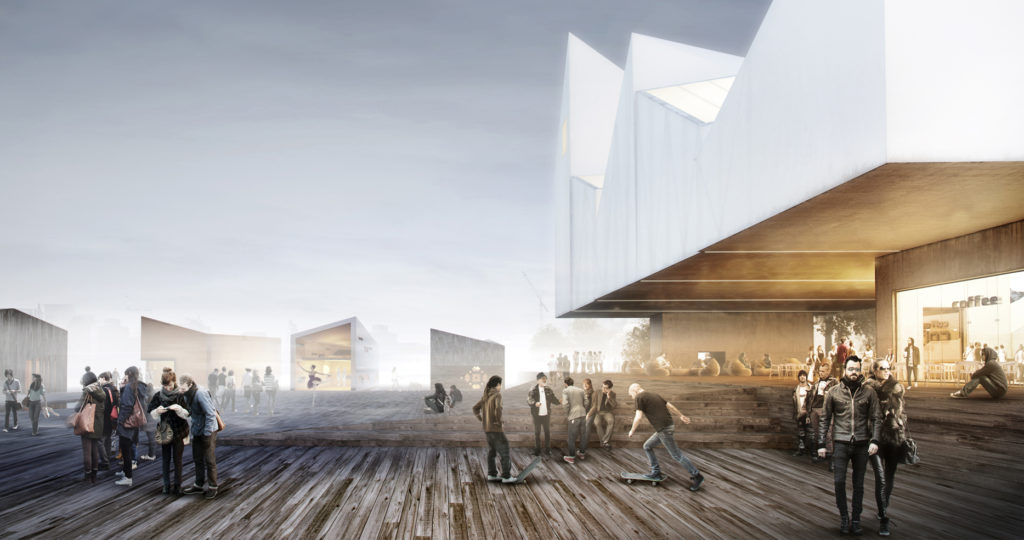