Estonia – a country where 90% of the population lives in custom-designed houses, approaches spatial planning issues very seriously. Last week, we were invited to take part in talks on Pärnu-Parnava's development plans, Estonia's summer capital where the Gallery of Baltic States, designed by WXCA, is soon to be developed. The meeting was attended by the Estonian Minister of Culture, Indrek Saar, along with his advisor, Veronika Valk. Pärnu's City Mayor was also present with the City's Chief Architect, Karri Tiigisoon. The meeting's other participants included Indrek Allmann, the Chairman of the Estonian Association of Architects and Indrek Näkk, a member of the Architects' Council of Europe. Special guests were the Secretary-General of the Government  Architect's Office of the Netherlands , Elbert Arens as well as Marta Sękulska-Wrońska from the WXCA Architectural Design Workshop. Finally, mention must be made of one of the hundred Estonian MPs, member of the Committee on Culture ? Mark Soosaar, who is the initiator of the development of the Gallery of Baltic States.

The future of sea and river waterfronts was discussed during the meeting. Consideration was given to the further development of the city and expanding the hotel accommodation base so as not to lose any of its unique atmosphere and exceptional character. The planned Baltic Sea Art Port, designed by WXCA, inspired a discussion on the P?rnava river waterfront, the location of the City Centre, and maintaining the balance between large-scale commercial investments and historical buildings. The silhouette of the City as seen from the sea and along the river banks was also attended to. The BSAP project was adapted in such a way so as not to obstruct the view of the historic church steeples. Estonians have a very conscious approach to urban planning and development issues. The location of the train station for the new high speed Via Baltica trains is also being considered in its social aspect. Will locating the station in the suburbs not lead to the undesired effect of the City Centre being shifted elsewhere?

The participating special guest, the Secretary-General of the Government  Architect's Office of the Netherlands, Elbert Arens, discussed the similarities and differences between Estonia and the Netherlands, which are of similar surface area. He also talked about the position he has served in and the role he has held in his country. Estonia is also considering establishing a similar advisory body that would be responsible for fostering a consistent and comprehensive view of the country. This evidently raises many questions, including how to find and select a suitable candidate for the position of chief architect and what powers should such a person have, however, the need for consistent and effective planning would be the most essential aspect, and this is exactly the aspect that is the hardest to come by in the country.

Pärnu is a beautiful city and a thriving holiday resort situated on the shallow Gulf of Riga where the temperatures of the Baltic Sea are much higher than on the Polish coast. It's clean an sandy beaches attract tourists from Estonia, Sweden, Norway and Russia. The City is a distinct part of Estonia's history and identity. The effort put in to the promotion and furthering of values, culture, and the 'acquis'  of past generations is the best proof that this is indeed the perfect location for the Gallery of Baltic States to stand and to become a genuine meeting place where cultural exchange that lifts all boundaries and divisions can take place. The initiative also attracted the interest of a representative of the Embassy of the Kingdom of Netherlands. Perhaps a pavilion from the Netherlands will one day find harbour in the floating Baltic Sea Art Port terminal? 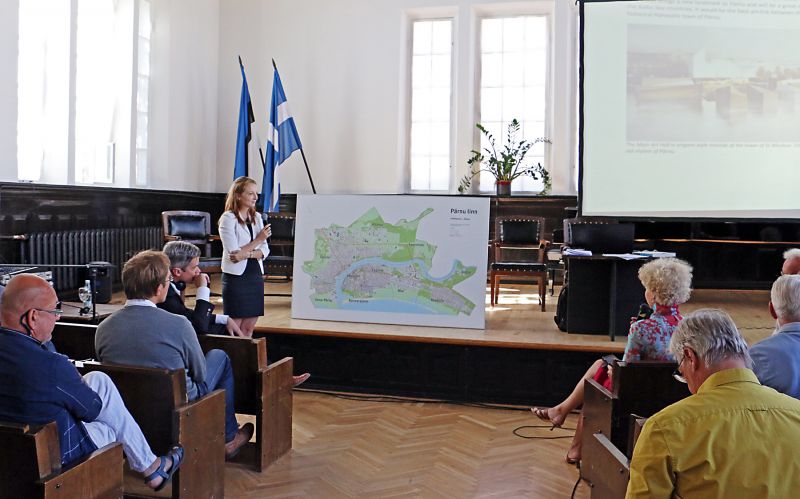 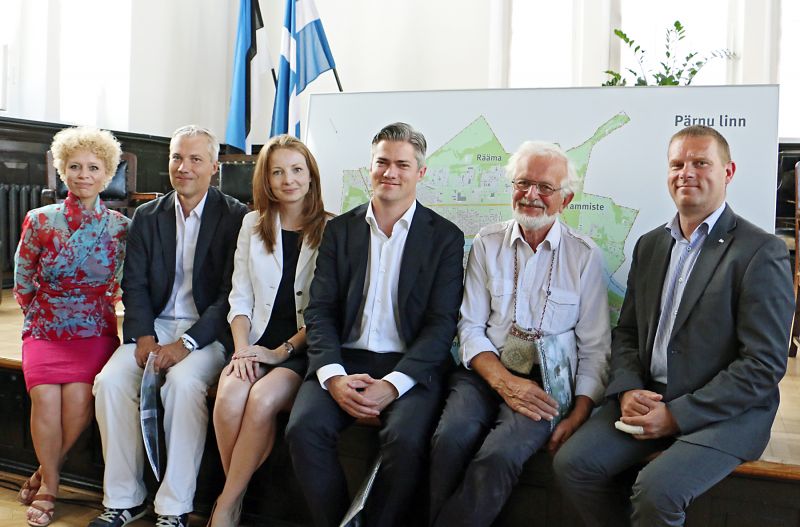