The results of the Competition for the development of the interior arrangement of the permanent exhibition and visitor facility space were announced on 30th April 2015 at the seat of the Museum of Kurpie Culture in Ostrołęka. WXCA was awarded the First Prize!

An extract from the announcement of the Competition Jury concerning the winning entry:
?The concept significantly increases visitor comfort and convenience as well as the aesthetics of the visitor reception facilities and exhibition rooms at the Museum. It is characterised by the careful cultivation of the image of the Museum and forges a relationship with the Region from the moment the Museum threshold is crossed, ordering the space using the traditional Kurpie paper cut-out motive and transforming the symbol into an important element of the Museum visuals. The continuity and consistency in the Museum interior arrangement based on a geometric cube, which was also implemented throughout the visitor reception facilities as well as the artefact display design, won the approval of the Competition Jury. The use of one of the Platonic solids gives the exhibition content a universal aspect that is permeated by world order. Emphasis, using the implemented form, was placed on the universality and timelessness of the truths relating to human existence and the order of the universe enclosed within the borders of certain societies. A single or multiple hexahedron, forming, in a certain manner, a characteristic building-block structure, constitutes the perfect modern display design, drawing attention to the building process, to the layering of structures and arrangements, and organising ancient and contemporary reality that is part and parcel of our contribution. The use of a cubic structure in the children?s area complements the aforementioned meanings and arrangements. A simple form was used as the presentation base for everyday reality without imposing any images of past times on the visitors, thus, releasing the imagination and inspiring creative thought to create an individual and personal reception. The non-pretentious scenography helps to forge ambiguous relationships between modernity and the past, as no history is clear-cut or fully conclusive. The taken-out-of-context modest, surviving objects of social life are witness to the continuation of the human species and of its transience without laying claim to forging the objective truth about past times, remaining in its matter in the bare truth. Visitors are given the opportunity to discover the simplicity of cultural richness and diversity, the exhibition solutions opted for remaining fair and honest towards the artefacts and bringing out their true values and attributes without consuming them. They exposition refrains from attempting to recreate reality or appropriate the possibilities and space of the imagination and does not give in to the temptation of imposing a given message but releases everyday experience from its obvious context. It does not transport the visitor into a world that has passed but, on the contrary, brings them into contact with contemporary reality, allowing them to actively participate in contemporaneity and become a creator that is fully aware of his/her own time and context. The exhibition rooms and their given sections aptly carry the message of the exhibition, processed and presented in a modern and innovative form which sometimes is very literal but surprising and unexpected (e.g. in the mirror of streets), with a clearly marked daily cycle, creating an atmosphere conducive to poetry reception which was assigned an important role in the exhibition scenario. The solutions adopted in the exhibition concept guarantee the sustainability of the exposition and additionally give it a mobility that was not required, opening up new avenues for museum, promotional and image-focused activities in the urban space (e.g. A Cut-Out Trail).
The First Prize was awarded to a modern and simple idea (using simple and clearly comprehensible forms), whose arrangement style forms an excellent and timeless background for historic exhibits.” 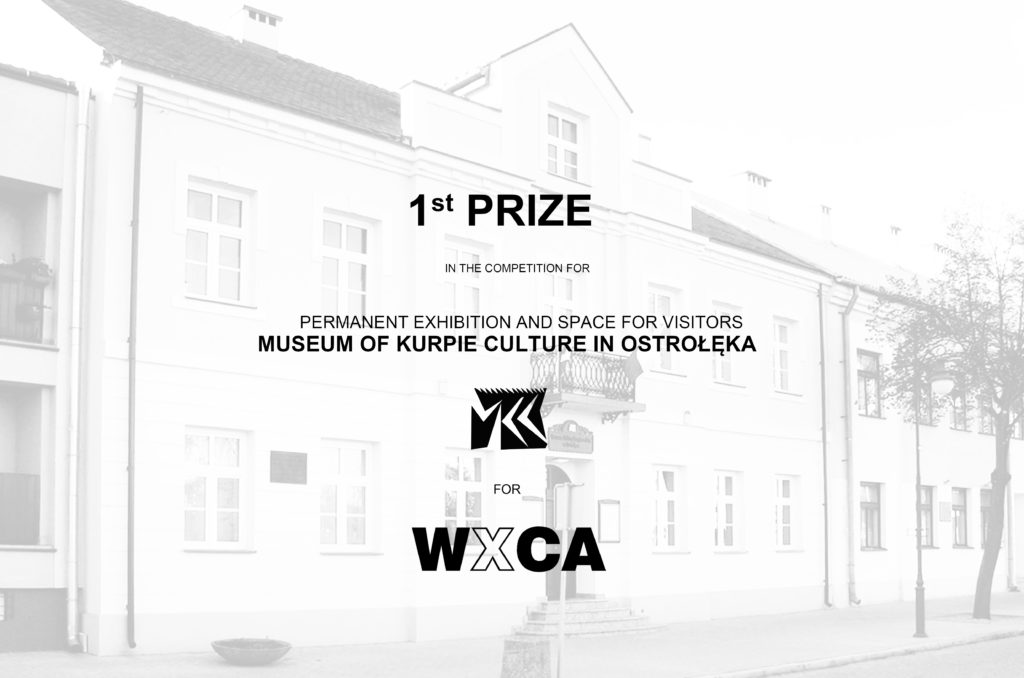